First They Came For The Homeless 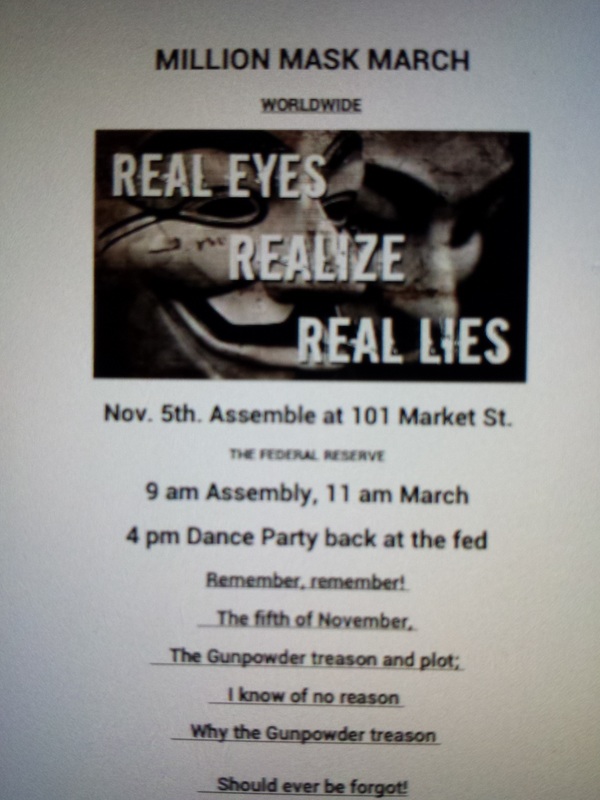 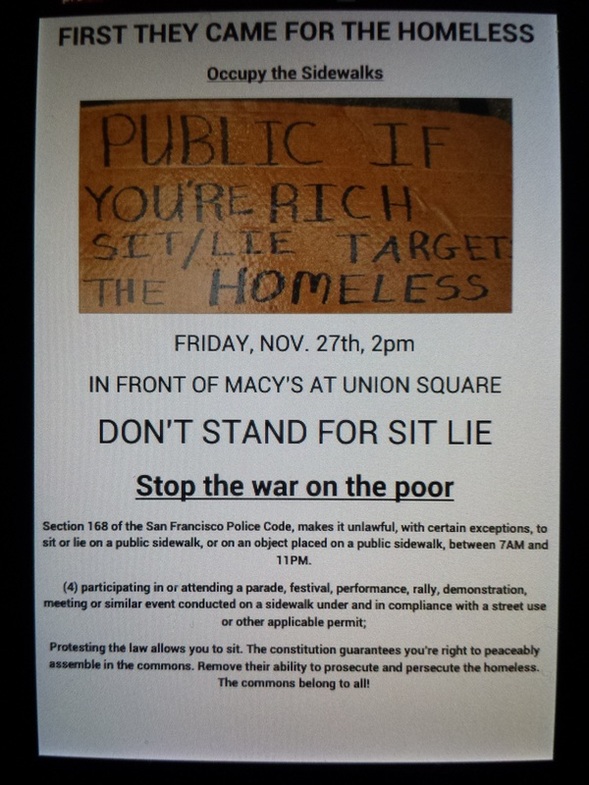 The plan is to use exception for to make the law useless. We will be distributing buttons that say "I protest sit lie" to the homeless. The applicable permit is the Constitution. These buttons will allow homeless people to sit on any public sidewalk in San Francisco under Constitutional protection.

(4) Participating in or attending a parade, festival, performance, rally, demonstration, meeting or similar event conducted on a sidewalk under and in compliance with a street use or other applicable permit;

Homeless, not helpless. Stop the war on the poor!